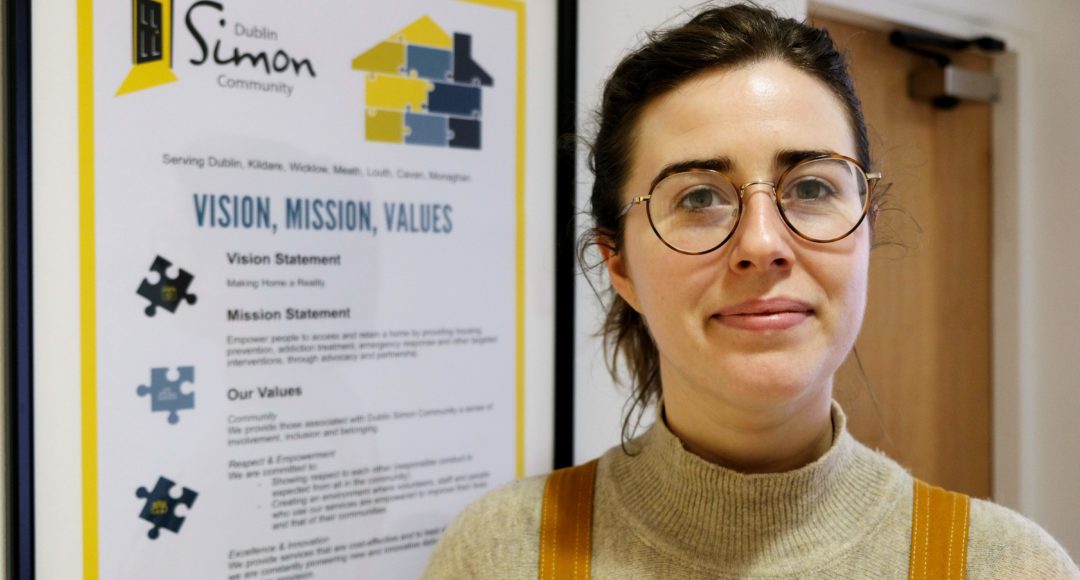 There is no stereotype of the Irish homeless woman – she is young or slightly older, educated or without a leaving certificate, healthy or sick. The “careers” of those living on the streets of Dublin are very individual. But much more often than in the rest of Europe their stories are female. 41 percent of the homeless in Ireland are women.

The Irish homeless woman can be around 20, drunk, and asking, slurring, for a sleeping bag, vomit on her face. But she can also wear an expensive outdoor jacket as one of the few things she has left and ask for a slice of pizza at the soup kitchen. She stands in line between men and keeps out of the conversation, talks to no one. Whether out of shame or shyness, there is no way to tell. Everyone here is careful, both women and men.

“It’s good that we our ‘service” is always here on a Tuesday and not on a weekend evening, when people pour out of the pubs and get aggressive, worst nights are Christmas, and St. Patrick’s Day,“ says Denise Carroll of “The Homeless Street Café” which provide up to 300 people with hot food, clothing, bandages, tampons, shampoo, encouragement and haircuts. Like Antonia Edgeworth, 41, who is having her hair done by barber Geraldine Collins. She sits on a folding chair, surrounded by large plastic boxes filled with care products. “Please, Geraldine, be careful on top there. I have a bald spot from an incident the other day.”

Today it’s her buddy Dominic, “Domo”. Many of the rough sleepers are well connected with each other, giving each other tips for quiet corners and safe sleeping places. They also avoid the problems that organizations and people seeking help face in shelters for the homeless: Drugs and alcohol are not allowed, but difficult to keep under control. Antonia Edgeworth has a 13-year-old daughter with whom she is in contact but who lives with a foster family. “She’s better off there.”

Much less visible to the public eye than the stereotype-feeding examples is the Irish homeless woman who does not want to give up her children, lives with them in an empty hotel or a car on the side of the road. Or there is the one who waits for hours at a bus stop in the pouring rain until her daughter gets out of the school because she can’t afford to go back and forth.

In May 2020, around 9,000 people in Ireland were homeless, 41 percent of them women. Depending on the country, this is up to eleven percent more than in the rest of Europe (in Germany: 30 percent). “But these are ‚only‘ the official figures,” explains Paula Mayock, assistant professor at Trinity College and co-editor of Women’s Homelessness in Europe. “This does not include women who fall through the statistical cracks, fail to come forward and hide the fact that they are homeless.” Many move from one friend’s house to another as long as possible, even with children.

“Women are more afraid than men of the stigma, of the unknown circumstances in the shelters, are often vulnerable there and do not want to put themselves and their children in danger.” In addition, women who, supposedly through their own fault, cannot manage to stay in an apartment or house, no longer conform to the traditional image of the “good Irish housewife”. “For our studies we have spoken to hundreds of women and young people without a fixed abode and know: Homelessness is never self-inflicted.” There are currently 1,217 families homeless on the Emerald Isle, with a total of 2,787 children. Since 2015 these numbers have risen by 166 percent.

The reasons for the high numbers? They are complex. Structural factors such as lack of affordable housing, unemployment, poverty, inadequate mental health care or personal factors such as addiction, psychological problems, family breakdown all play a role. The current increase in family homelessness is mainly caused by economic factors. According to Focus Ireland, an organisation specifically looking after women and families with no home, the overwhelming number of homeless families have had their last stable home in the private rental sector.

However, the economic situation in Ireland is causing landlords to sell or sign over their properties to the banks, resulting in a shortage of properties to let. Overall, too few landlords accept the rent supplements or housing allowances and demand horrendous rents, especially in the bigger cities. A one-bedroom apartment in Dublin’s city center costs around 1,700 Euro in rent. AirBnB rentals bring in a lot more for property owners and thus additionally add to the fact that affordable living space is scarce.

“The government’s Housing Assistance Payment  can cover 20 percent of the rent – but that’s never really enough,” explains Caoimhe O’Connell, press officer at Dublin Simon Community, one of the three major organisations in Ireland providing emergency shelter and medical care for people without shelter. In Ireland, as in many countries, the same applies: no address – no job, no address – no job.

Divorces, separations and domestic violence often play a role in the situation leading to homelessness. “It is almost always the women here who, as single professionals, have to cope with everything after a separation from their partner and are often unable to pay childcare and rent,” says the Dublin Simon Community spokeswoman. “With the cost of living in Ireland, the income of a single earner is never sufficient.”

The situation should urgently be discussed in the government but the matter fell behind with the major parties in the last elections in February 2020. To the advantage of Sinn Féin, the Irish Republican Party, which has long been seenascontroversial because of its links with the IRA: It won the popular vote with 24.5 percent of all first preferences. Because they were able to score with issues that attracted voters‘ attention: housing shortages, homelessness and health care. But whether it can form a government is questionable. At most in a coalition, but for that there is too little political overlap with the other parties and much hostility amongst them. 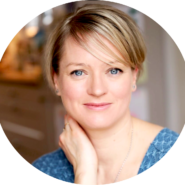 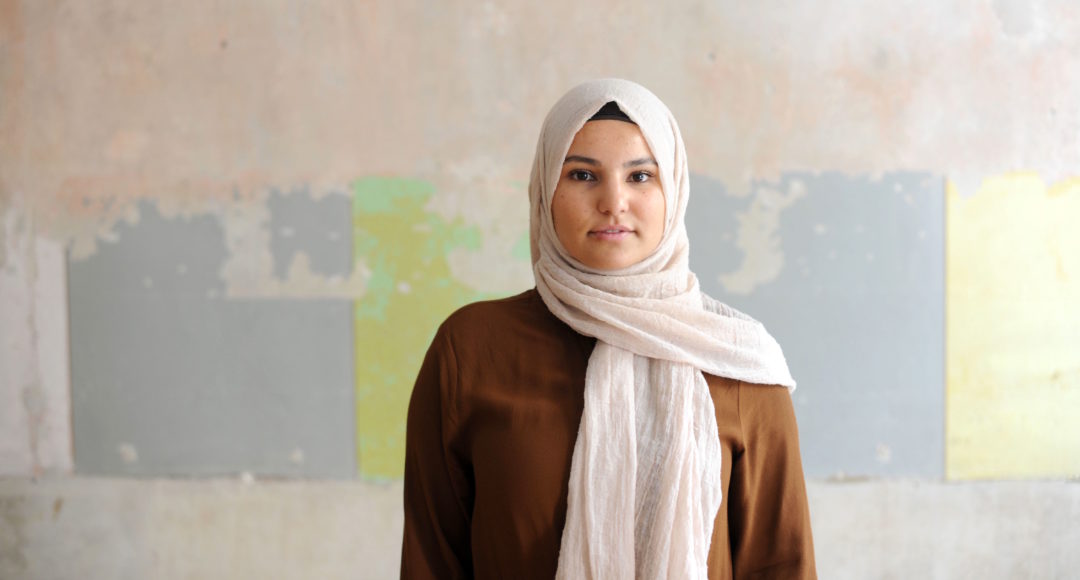 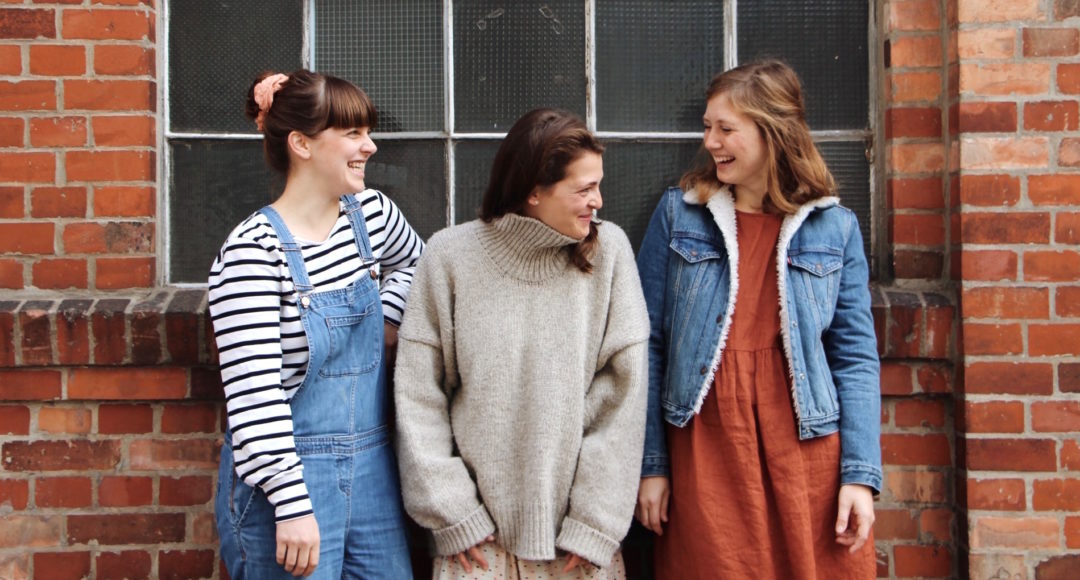 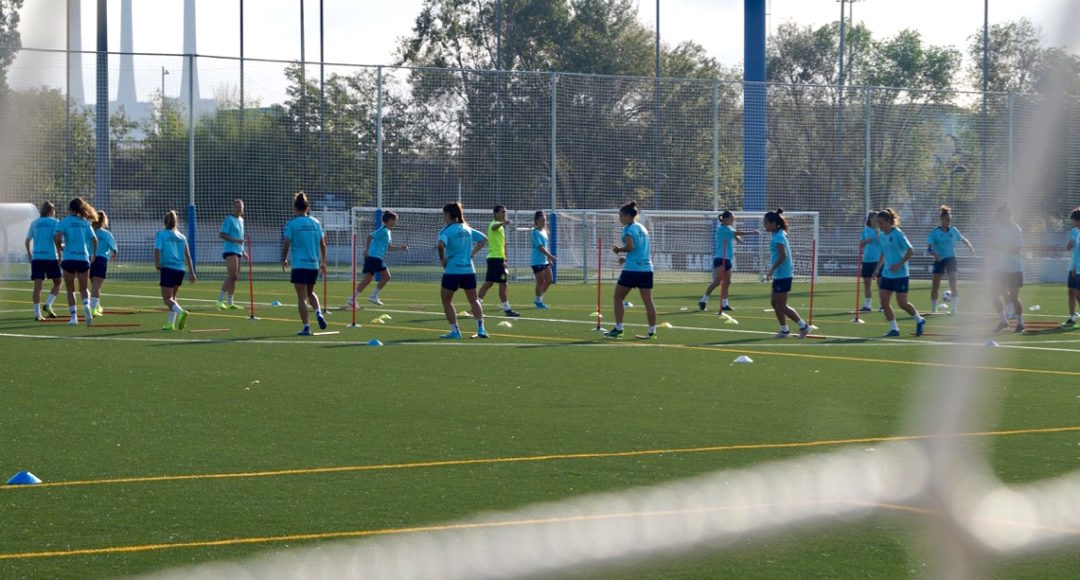