„The streets belong to us!“
The revolution in Lebanon is feminine 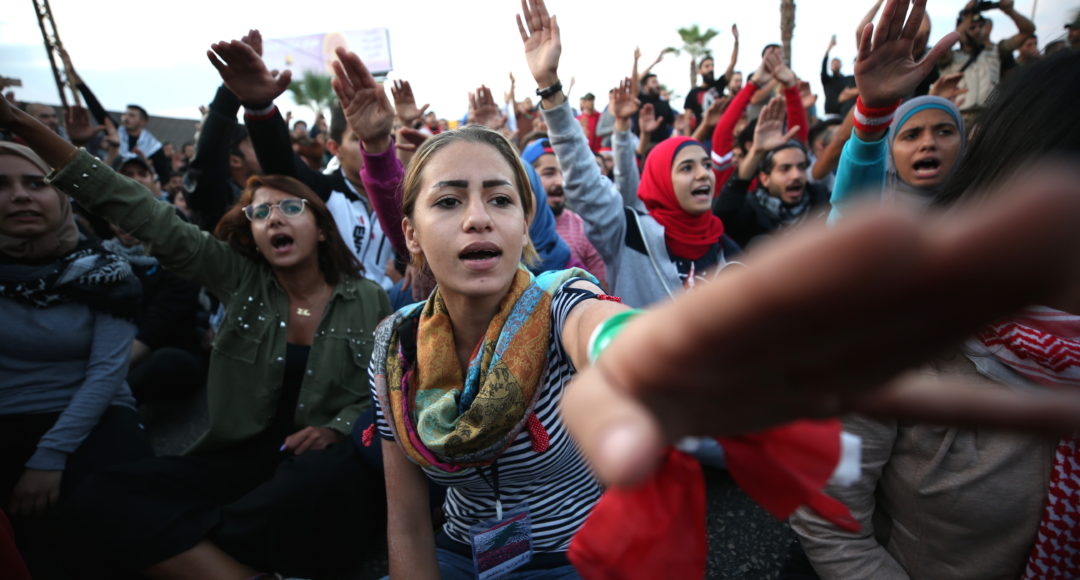 Women have been involved in protest movements in Lebanon for long time. Foto: Ali Hashisho

Women are the heart of the protests in Lebanon. They stir up the crowd with megaphones, stand up to police officers, and encourage their children to take to the streets against corrupt politicians.

Since 17 October, Dima Elayache has been skipping her seminars. The 22-year-old Lebanese is studying architecture at the American University in Beirut, but Thawra— the revolution, as they say in Lebanon about the protests—is more important. This is why she stands behind her banner with the words „student strike“ in front of the entrance of the university. „Our parents and grandparents voted for these politicians and we had no say in the matter. It’s time for a change,“ says Elayache. She takes the handheld microphone and shouts: „We are the revolution; you are the civil war!“ Her voice booms out from the connected megaphone and roughly 200 students repeat her words.

Of Lebanon’s almost six million population, hundreds of thousands of people are protesting against corrupt politicians. These politicians have been in power since the end of the civil war 30 years ago. The leading political figures are former militia leaders, who are known to line their own pockets and have brought Lebanon to the brink of national bankruptcy. People are taking to the streets all over the country from Tripoli in the north where DJs play in the evenings on the city’s largest square, to Beirut where cars packed with speakers fill Martyrs‘ Square. It feels like a big party if it weren’t for the roadblocks, strikes by bank employees, doctors, school children and university students.

„We demand the downfall of the system“, says Dima Elayache. „By this we mean above all the patriarchy, which does not guarantee comprehensive rights for women and is both racist and homophobic.“ Women make up a large part of the revolution and it is not the first time women have led protests in Lebanon. It is, however, the first time they are presently active on such a broad scale. In the mornings after demonstrations, they collect garbage, spray graffiti on walls and organize open discussions in the central Martyrs’ square. They take turns helping with childcare so that they can take part in what is happening. When they aren’t able to participate on the streets, they knock with spoons on pots from their balconies to make noise.

The Lebanese newspaper „Annahar“ dedicated an issue to these women and in it changed a line in the text of the national anthem that otherwise only refers to men: „Our fields and mountains bring forth men and women”. In an online article from the “Daily Star” about the role of women, the editor-in-chief claims it was the most clicked on of all articles covering the protests. “The leading role played by women should come as no surprise,” writes Lama Fakih, the director of crises and conflicts at Human Rights Watch in Beirut. Lebanese women have led the protest movements in the country for a long time. International media are also increasingly recognizing how women are actively participating in what is happening. „Women have naturally claimed their space in the public sphere, not only in traditional roles restricted to feminist issues,“ Carmen Geha, activist and assistant professor at the American University of Beirut told CNN.

Change of location: Maria Mouawad sits in front of an on-ramp to a bridge in the city center. The 23-year-old has tired eyes and bruises. Mouawad has been on the street for days. She hasn’t kept count of exactly how many because the events blur together in her memory. In Lebanon, many people only count the days after the uprisings began. Mattresses pile up under canopy tents in front of the bridge on-ramp. A carpet has been rolled out with armchairs and a refrigerator on it. Mouawad brought a tent but has hardly slept in it. „At night, most people go home, but we stay awake to make sure the roadblocks stay up. Nobody gets through until all the politicians resign,“ she says.

She tells a story of an event that happened a few days ago. „There were four or five of us women, and the police wanted to open the bridge. We stood right in front of them, formed a chain and hooked together.“ Her friend’s voice is still hoarse, as she says, because she shouted „Peace!“ at the police officers. Maria Mouawad pushes up the sleeve of her t-shirt and points to the bruises on her upper arm. „They hit me. Police officers aren’t allowed to touch women, but they still tore us apart by force.“

Between violence and understanding

While the protesters try to keep the movement peaceful, the military’s strategy flows between solidarity and the violent dismantling of the blockades. Some shake hands with the insurgents, others smash their blockades with batons. „Women are the boundary between the police and violent people. They distribute food for free or calm the situation down when there is a fight.“ Mothers have joined together to form initiatives, donating tents and distributing free food. Feminist groups organize strategic meetings and demonstrations at lunchtime to make their presence known when others have to work.

Despite their fear of violence from the police and the military, their anger is much stronger. „So far we have been peaceful, but if all the politicians don’t resign, things won’t remain so rosy,“ predicts Maria Mouawad. One angry woman, Malak Alaywe Herz, became the heroic symbol of the protests when the bodyguard of the Minister of Education—surrounded by insurgents—fired a rifle into the air. She skillfully kicked him in the groin and a video of this scene and illustrations of the kick went viral.

On the first day of the uprisings, hundreds of people spontaneously demonstrated in downtown Beirut after the communications minister announced a tax on the use of the messaging service, WhatsApp. A seemingly small thing, but the bigger impact unfolded due to pent-up anger over power shortages, undrinkable tap water, exploding rent costs, horrendous telephone charges and an economic elite that holds shares in the power, construction and communications sectors. The same elite that takes money from the country through corruption and then collects taxes at the expense of the poor. Those who were fed-up gathered in front of the government building and the police used tear gas on them.

Hiba Barakji: Fighting for the right to be part of society

Hiba Barakji has been on the ground since day one. In the heart of the city center, there are canopy tents from civil society organizations, feminist associations and secular parties. House music fills the square. The 28-year-old Hiba Barakji wears a Palestinian scarf. Although her mother is Lebanese, Barakji only has a Palestinian passport. „I am not able get citizenship through my mother,“ she says. „Since I was young, I have fought for this right and that is why I am here.“

Only fathers can pass on their Lebanese citizenship to their children. People with Palestinian citizenship are discriminated against in Lebanon. They are not allowed to buy land or to practice all professions, for example, working as lawyers. What’s more, even though Barakji works for an international non-governmental organization and pays taxes, she does not benefit from the state health insurance.

„We push for laws, but nobody listens to us,“ says Barakji. „I am hopeful that we will get a new government and that this will change.“ The demand for a new, technocratic and secular government holds some idealism in that people are pushing for the end of confessionalism (a sectarian power-sharing system). A secular, cosmopolitan Lebanon would be democratic, feminist, environmentally friendly and guarantee rights for all members of society.

The protesters seem to be united in their demands: they want the withdrawal of all political leaders and an independent, technocratic transitional government that organizes new elections and abolishes sectarian voting rights. This would lead to quick, new elections and preferably even faster reforms that will navigate the country out of the financial crisis. There are already some independent parties that could stand for election. The Sabaa party has already put forward non-denominational candidates in the past elections, and Beirut Madinati—an association of technocrats—is also ready.

Strongholds of the uprisings are in the cities of Tripoli and Saida where many Sunnis live. Some come to the demonstrations mainly because they find it unfair that the Sunni Prime Minister Hariri has resigned, while the Shiite speaker of the parliament and the Maronite president remain in power.

„The sectarian virus has struck again,“ says Nivin Hashisho of the left-wing Democratic People’s Party. „But we are telling the people that this is not just about Saad Hariri. All leaders must go.“ The 37-year-old lives in the southern city of Saida. She works as an insurance agent and has two children whom she does not raise religiously. Sometimes her son would come home from school and ask which God he should believe in. Hashisho tells him he can make up his own mind.

„The president has organized a counter-demonstration. We must be many today in order to counter this sectarian event,“ says Hashisho. She has been a member of the left-wing party for 22 years and is rebelling against the confessional system in Lebanon. „In the beginning, people used to label us as communists, saying that it was unrealistic and a bygone era. But now, people have united.“

There are 18 recognized religious communities living in Lebanon. The political system aligns itself along these religious groups. Their representatives are regarded as the representatives of the denominations and have extensive influence on civil status law, inheritance law and educational institutions. Therefore, it is impossible, for example, to have a civil marriage in Lebanon. Advances to reform these laws were dismissed with the argument that they would upset the fragile balance of the denominations. The reference here is the civil war from 1975 to 1990. 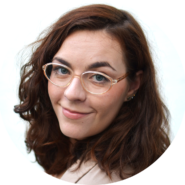 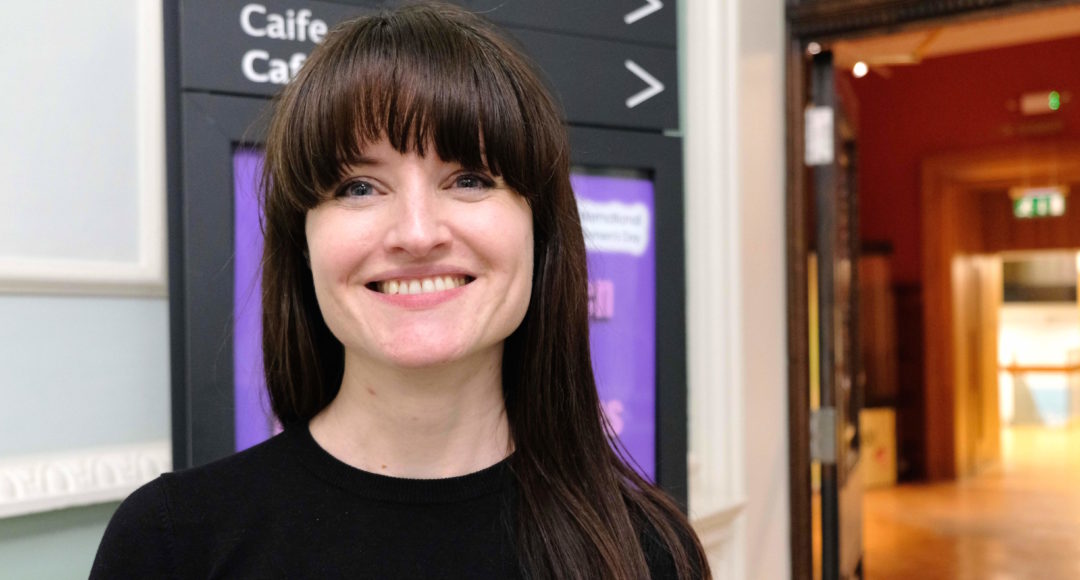 Julia NeumannBeirut
Ireland is rediscovering its women. A trendy night club recalls historical figures, an exhibition shows Irish heroines and a TV series highlights trailblazing women of past centuries. The country is looking back to its past to strengthen its female future.   END_OF_DOCUMENT_TOKEN_TO_BE_REPLACED 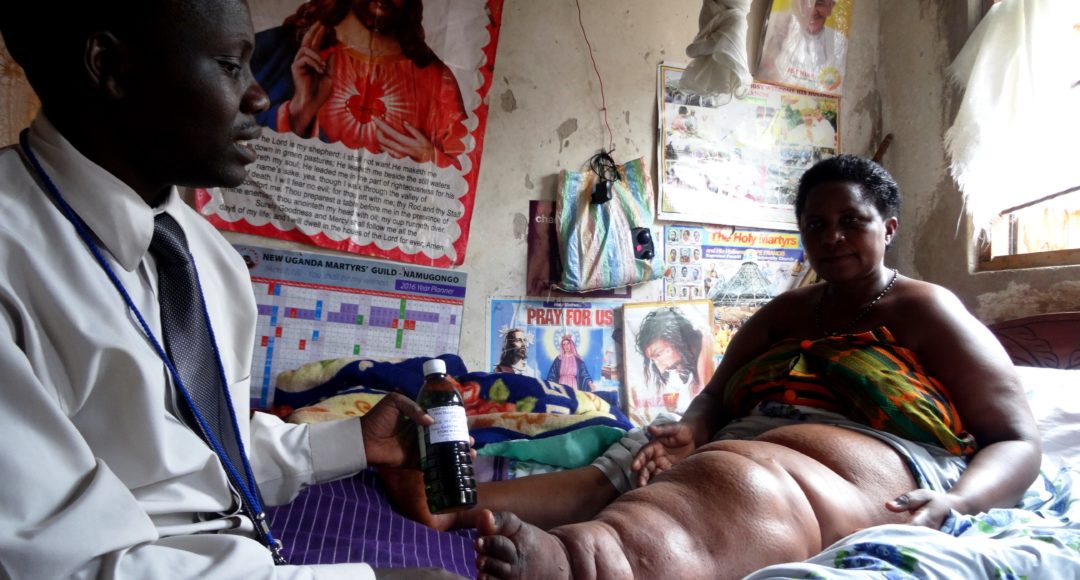