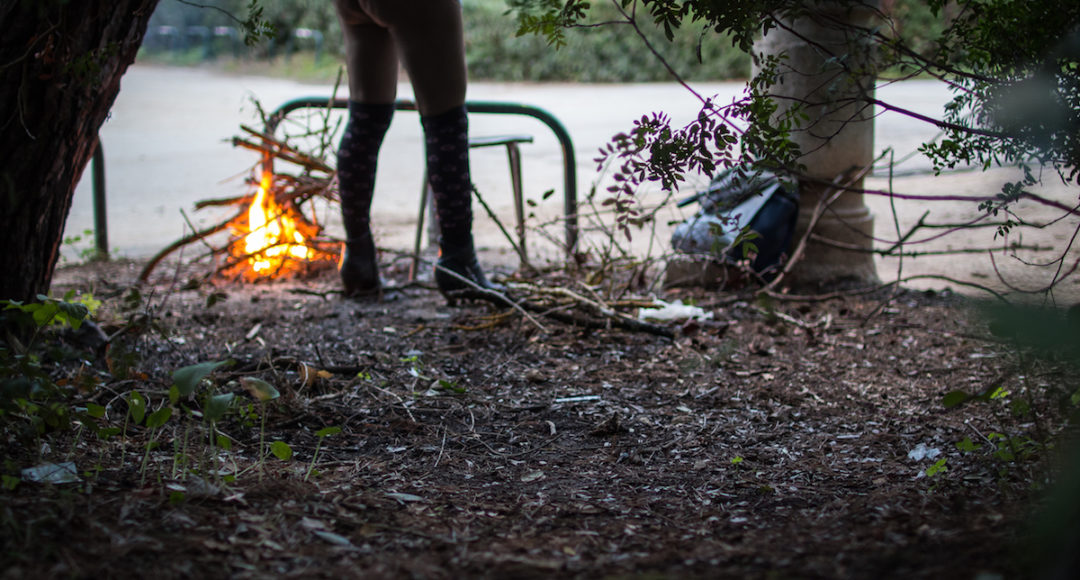 Sex work provided by Nigerian refugees is thriving as a business in Sicily. In retaliation, a group of former prostitutes from Benin City is fighting the exploitation of girls and want to offer them new perspectives.

As cars go zipping by, Teresa breaks off a few figs from the nearby tree and starts a fire on the side of the road. It will be pitch-black soon and the fire will be the only protection for Teresa and the other girls at “Parco della Favorita”. Over 200 years ago, the park and the surrounding woods were the royal hunting grounds for the Sicilian city Palermo. Today, it is one of the most notorious areas for street prostitution on the Mediterranean island. The girls stand on the streets for up to 14 hours selling their bodies fitted in tight clothes and high heels – at times earning five to ten euros. Teresa refrains from disclosing her real name and age: “My story is none of your business.”

Similar to the majority of prostitutes, Teresa is from the impoverished southern region of Nigeria – directly out of Benin City. For years, this has been the trading spot for shady business. With the surge of refugees from Africa, criminal networks smuggle thousands of young women yearly into Europe to offer them as prostitutes. In comparison to other African countries like Ghana or Sierra Leonne, Nigeria has the highest number of prostitutes by country of origin: over 70 percent of prostitutes in Italy are from Nigeria, Africa’s most populous country.

In 2016 alone, more than 11,000 women and 3,000 underage girls arrived on the coasts of Italy from Nigeria. In comparison to the year before, the number has increased dramatically according to estimates from the International Organization for Migration (IOM). Moreover, newcomers not older than 13 or 14 years of age are steadily arriving. It is hard to determine Teresa’s age just by looking at her. Her scarred face is covered with thickly applied make-up. She asserts that she willingly stands on the street. Even so, her eyes tell a different story: fear, that she could rat someone out.

A shelter for prostitutes

A few kilometers away from “Favorita”, an energetic woman is pacing up and down a sparsely furnished room in the former Monastery of Montevergini. Her name is Osas Egbon. As she ends a long telephone call, her face becomes increasingly more worried. Another ship has arrived from Lampedusa at the port of Palermo with 500 refugees, amongst them are a number of girls who need her help right away. In “Nuovo Montevergini”, Osas along with four other Nigerian women from Benin City have set up a shelter for prostitutes. 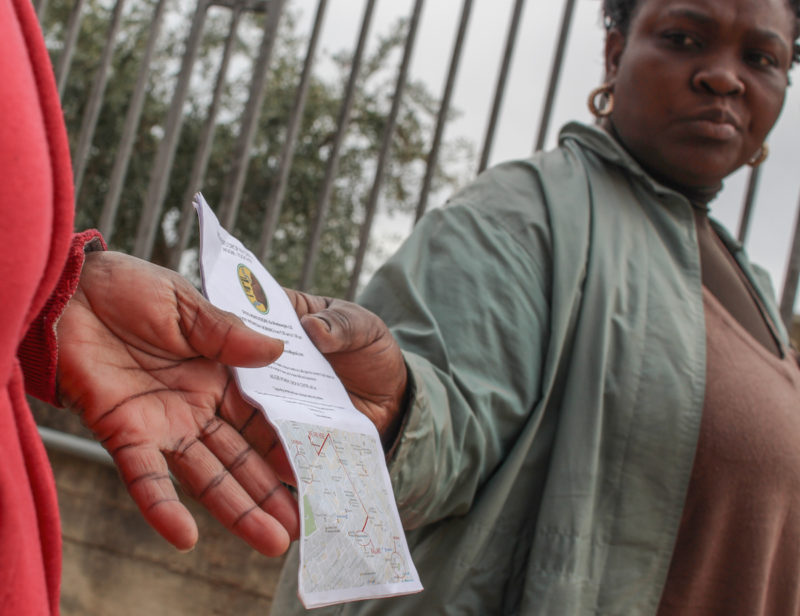 Osas Egbon worked for years as a prostitute in Italy, today she is fighting with her association against human trafficking.

Their association is called “Donne di Benin City” – Women from Benin City. Osas, Sandra, Mercy, Doris, and Mama Doris are tied through the same fate. A good ten years ago, they all came to Italy from Nigeria to work in street prostitution. Osas Egbon, the president of the association, was able to break away thanks to an Italian social worker: “I started to work the streets in Genua. I came to Palermo in 2003. This is where Stefania arranged a job for me as a nanny for a family and a place to live. That was my salvation!”

Together with the others, Osas wants to prevent other young girls from ending up where she was. “Our only chance to change something is to break the cycle. We can only do that when we look after the young girls. After their arrival, they are taken by the Italian authorities to be housed in state juvenile centers. However, many of the girls take off and find themselves in the care of their so-called Mamma,” Egbon explains. “Mamma” or “Madam” is what the girls call the women who pay for the journey, bring them to Europe and then force them into prostitution.

Most of the time, the telephone numbers of these so-called Mamas are the only contact the girls have before embarking on their journey. Many have little clue as to what awaits them. They are promised that they will get restaurant jobs or perhaps work with a tailor. However, more and more know that they will have to sell their bodies for money in Italy, explains Osas Egbon. She says, “Southern Nigeria is extremely poor. We have neither the oil of the east, nor the agriculture of the north. There are no industries or universities. The sole ‘capital’ are our wonderful girls. They dream of having a life in Europe and are sometimes even recruited by relatives and friends to be prostitutes. Especially if one of the parents has died and the money is no longer sufficient for the whole family.”

Even though the Nigerian state funds informative campaigns, they make little difference to stop human trafficking. The psychological pressure and desire for a better future are the main reasons the girls run away from the Italian shelters. “Many are afraid. Afraid of disappointing their families, afraid that they won’t be able to pay back their debts to their Mamma, but above all, they’re afraid of the Juju,” explains the 33-year-old.

“Juju” is allegedly magic. It is a religious spell that is conducted through a Voodoo ritual before the departure from Nigeria. For many of these rituals, a priest takes a drop of blood or pubic hair from the girl so that she is bound to obey her Madam in Italy. Those who do not submit become sick, crazy or could even die.

“When the girls are in Italy, they are often called and encouraged by their families to contact the Madam,” says Egbon. “I talk to the relatives and make it clear that the spell will not kill anyone; that they are lies from the human traffickers and that they are making our sisters sex slaves.” For over a year, Osas Egbon has belonged to a youth center team close to Palermo. With the money she makes there, she barely makes enough to support her own family. The younger ones in the shelter lovingly call her “Mamma” and often refuse to talk to psychologists or teachers without her. In this way, she has been able to deter 35 girls from running away over the past year.

It is a small success that brings hope, says Giuppa Cassarà, psychiatrist and specialists for migration therapy at the polytechnic hosptial Palermo. The belief in magic is an integral part in connecting to West African society. Cassarà sees therapeutic cooperation with women like Osas an important step forward in countering human trafficking. Educators typically lack the cultural background knowledge in finding a way to connect to the young women.

“African women are able to gain the confidence much faster. They speak the local dialect, they know what Voodoo means and know of the trauma caused by rape and blackmail,” says Cassarà with concern. Continual support is what is important for the girls in the shelters in order to give them a new perspective. This is why calling mediators that simply translate are not enough. In order to have a lasting influence, it needs more. There is, however, often a lack of funding to finance the work of associations like “Donne di Benin City” in the long run.

Joy was saved in the end by a German boat

Working with minors is not the only important aspect of the association. Above all, Osas, Doris and the rest want to provide a place of refuge for women who already work the streets and lack the courage to leave – like the 20-year-old Nigerian Joy who is four months pregnant. In Turin, she was in contact with a woman who could help her. From there, she started her journey to Palermo in order to meet Osas Egbon. She felt safe with Osas and told her story. 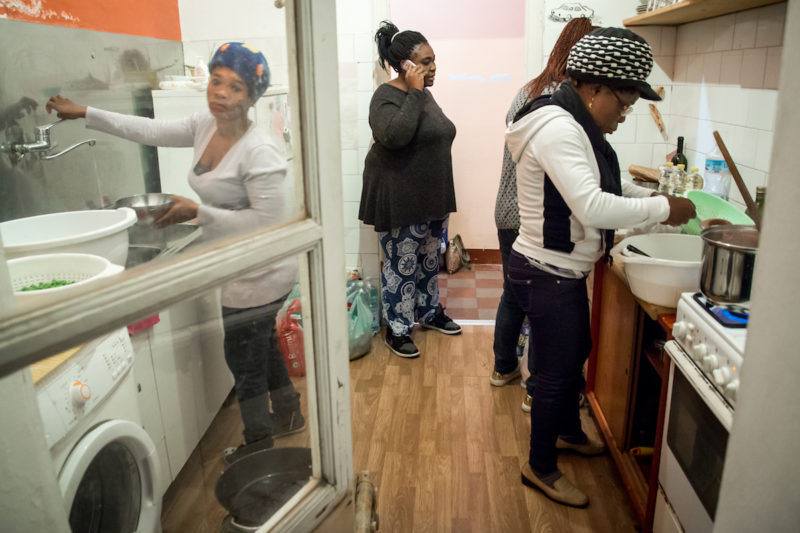 In the future they want to build a catering service with African food for offering an alternative to prostitution.

She re-told the story of her journey through the desert – people being crowded into animal containers, the rape in Tripoli, dark cellars covered in excrement, the failed attempt to cross the Mediterranean, and being rescued by a German boat. She did not suffer through all that for a life on the streets. Joy was ready to testify against her tormenters. The women at the association explained the next steps to her and accompanied her to the police.

Just like Joy, many girls are pregnant or have children. The fathers are often from Africa and are the same age; they are given the assignment from Madam to “watch over” the girls. They meet each other in so-called “Connection Houses”. These shared houses act as a kind of replacement family for the young women. Rosario Maida, deputy police director in Palermo and head of the Criminal Investigation Department for Minors and Sexual Offenses, says that this is where social obedience to their Madam is nurtured. The system behind human trafficking is extremely difficult to break through: “When they arrive in Italy, they don’t have anyone they can trust.”

The commissioner is working closely with associations like „Donne di Benin City“ in investigating perpetrators of prostitution: “It’s almost impossible to record the statements of the girls or to listen to a telephone call of the perpetrators without the help of the women.” According to the investigator, a Madam usually buys two or three girls who then live illegally with her. In addition to the costs of the journey to Europe, the women also have to pay for rent and food. “The debts can add up to as much as 50,000,” says Maida. “Many of them can’t even imagine how long they would have to work on the streets to pay off such a sum.” Moreover, there is a whole snowball effect in place that many of the Madams were themselves prostitutes. As soon as they were able to pay off their own freedom, they would get new girls to Europe for the Mafia.

According to investigations from the prosecutor Palermo, the network behind “Connection Houses” and the Voodoo-beliefs is a Nigerian organization called “Black Axe”. They control prostitutes throughout much of Italy. In 2017, the court of Palermo indicted 17 Nigerians and confirmed for the first time in history a mafia organization lead by foreigners. The heart of “Black Axe” is in a neighborhood called Ballarò. Some of the top members were found and arrested here thanks to the testimonies of individual girls. “By law, victims of human trafficking are entitled a residency permit in Italy. They are taken into a witness protection program and get their paperwork,” Maida explains. Joy was also given safe accommodations after her testimony.

In the meantime, Osas Egbon plans to buy a sewing machine and a kitchen for her center. The business idea is to offer a catering service with African “social food”. She wants to offer an alternative to prostitution to the many girls who are still working the streets. “Only when we can offer them a new perspective that frees them from the financial obligations to the Madam will we have a chance,” she explains.

It is starting to rain in “Favorita”, but that is not enough of a reason for Teresa to head home. Her work is just starting. Most days she is here from eight in the morning until the evening. She then only goes home to eat before coming back for the night shift: “I wouldn’t be here if I had a real job.” The only type of work that really counts in her home country is here, she says, pointing between her legs. 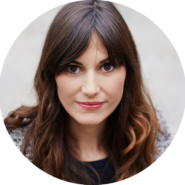