„The Revolution Has Helped the Women“
Women’s Rights in Egypt

Egyptian women’s rights activist, author and movie maker Alexandria Kinias (53) grew up in Cairo. Today she lives in the U.S. Two years ago she founded the online magazine „Women of Egypt“ to open the debate about sensitive women’s rights issues and to give young women a voice. 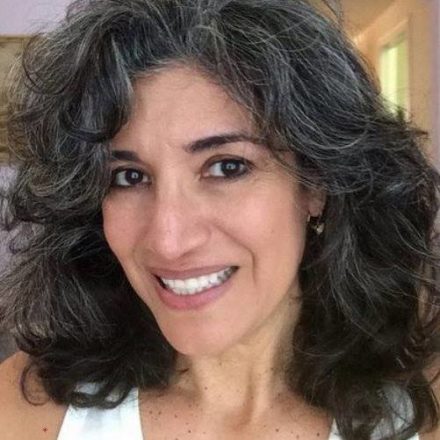 Recently a TV interview by Ahmed Fahmy, an Egyptian singer and actor, caused an uproar in social media. In the clip, Fahmy talks what he allows his wife to do and what not, and claims it is impossible for a woman to be on the same level with a man – speaking to a female interviewee. How common are such attitudes in Egypt?

I totally disagree with what he said on the show, however, it seems his wife accepts it, so I have nothing to add to it. Because his wife appeared on the same show and seemed to accept what he said, they turned the issue into a private affair that I feel not entitled to judge. But you can find many incidents similar to this one in Egyptian media. Recently there was psychologist in a TV discussion about relationships who claimed that women have a „stupidity gland“ in their brain, and if they sit to close to somebody they like, this gland causes them to behave silly. We shared the video and many others like this on our website in order to bring attention to them and to point out this is unacceptable.

You are referring to your „Women of Egypt“ online magazine that you founded in 2016. What was your initial idea behind it?

I started the initiative with a Facebook page with the same name to feature women and their stories. But there are so many stories to be told, and in order to give them more space, I started the website. Today, there are around 25 to 30 women working on the page with me, all of them volunteers. We offer writing internships for young girls in order to empower them and train them to raise their own voices. And we gradually started to feature general women issues in Egypt, like early marriages, sexual harassment and female genital mutilation (FGM).

Some of those issues like FGM are considered highly sensitive in Egyptian society. What kind of reactions do you get when you address them on the website?

To my surprise, many people are not aware of the statistics, and they are horrified by what they read. 92 percent of Egyptian women have undergone FGM, for example, but almost everyone is shocked to read that number. Online advocacy is really helping to create awareness, and fighting these issues will not happen without people being aware of them.

Do you get hostile reactions too?

Sometimes. Not much. For example, when in Tunisia’s government moved to make marriage and inheritance laws more equal, we posted an article about this that sparked lots of debates. Many women and men wrote: this is against the sharia, this is against Islam! So we usually try to avoid such issues, because we want to empower women and to get more people on board instead of turning them away. Once in a while we try to test the boundaries, but that is not our main issue.

In one of your articles you criticize a female Egyptian writer who promotes polygamy. To which extend do women themselves reinforce gender stereotypes and boundaries?

That woman was not a well-known writer, and she gained a lot of fame by promoting polygamy – it was all a show. But there are other women who truly believe that the role of women is inferior to men. Either they are not aware of the harm they do to their own gender, or they think since they are repressed others should be that way too. There is lots of psychology in the background. In the last 40-50 years during which social progress was reversed and Egyptian society became more conservative, an entire generation grew up in a culture that made things acceptable for them: OK we are being harassed, it is part of the culture, that’s how men are. No, that’s how they made you believe it is!

Why did Egyptian society become so much more conservative during those past decades?

There are many issues at play, it’s challenging to explain it in a short way, but in essence, it is the result of the revival of Islamism in the society. Many factors have contributed to that. In brief, although conservatism surfaced in the last few decades, it has been in the making for quite some time. Let’s not forget that the Muslim Brotherhood has been in existence since the 1920s. However, with the influence of the Saudi Wahabism since the mid-seventies, and as the regimes of Sadat and Mubarak became more tolerant to them for their support, they blossomed.

What is the relationship between religiosity and suppression of women’s rights?

Religion has been and continues to be the major force that drives the suppression of women rights. Religion is being used by religious scholars to justify this suppression, for instance, sharia is still the law that is governing over women’s issues, such as divorce, custody, inheritance, etc… Women can’t be a president or a judge, even though the constitution specifies gender equality. Until today, in Egypt women are still fighting for the right to become judges, because in sharia women should not govern or lead over men. Religion is also used to make women feel uncomfortable about the way they look, about how they dress… women are told they are not a good woman and attacked in the streets because they are supposedly not covered enough. On the other hand, whenever a women achieves something, it is being downplayed. Therefore, on our page we are featuring women who are successful in different fields. Many readers are surprised by some of these achievements: wow, there are women who are successful scientists, economists, mountain climbers, writers, athletes etc. We try to show girls that they can do anything they want.

In the West, Islam is widely seen as a patriarchic religion. In your view, is it possible to interpret the religion in a way that allows for progressive and equal gender roles?

Of course! You can be a woman, a Muslim, you can be successful, you can be anything you want, there is no conflict. Egypt has been a Muslim country for hundreds of years. It was a Muslim country during the Egyptian feminist movement which started in the 20s and advanced in the 50s and 60s. In those years, media was state controlled, and pop culture, including some Egyptian movies were aggressively promoting women empowerment and gender equality.

Speaking of movies: is your own movie „Cairo Exit“, based on your screenplay and shot in Cairo in 2010, still banned from screening in Egypt?

It is. In Egypt, you need a permit for filming in the street, and for that you need to submit the screenplay to the censorship bureau for approval of its content. My screenplay was not accepted, and the censors requested certain changes in the story. For example there was a love affair between a Christian girl and a Muslim boy, and they asked me to not mention their religion. But that would have rendered the movie pointless. So we shot the film undercover, running away from the police. The movie was produced and put on DVD, it was screened in Dubai as the opening of a film festival, it won awards in Europe, it is on Youtube… but it will never be screened in Egypt. It is just stupid. Hypocrisy.

Has the 2011 uprising brought any positive changes for Egyptian women?

The revolution was helpful for women in some way. Women played a very important role, they marched in the streets alongside men, they crossed a barrier, and their voices became louder. There has been a lot of change happening since then, even in the conservative rural areas. Recently a girl from rural upper Egypt was able to send a boy to jail for 3 years because he had harassed her and she had filed a case against him. In the past, even if girls would go to police stations, the police wouldn’t pay attention to them. We get many stories from girls in the most conservative areas. They are breaking social taboos. They are trying to launch a youtube channel to become reporters, trying to become fashion bloggers… changes happening everywhere.

So in spite of the many challenges women in Egypt still face, you sound broadly optimistic about the overall development.

Absolutely! What happened in decades cannot be overturned overnight, but very slow steps are happening, and every positive change is a change in the right direction. And with our page and website, we are trying to contribute to this change every day. Sometimes it is hard for us, because of the time and effort it consumes on a daily basis. But what really keeps us going are the thank you notes we receive from people who tell us that we are changing their lives, that we are opening their eyes on positive changes and help women realize their power and strength. 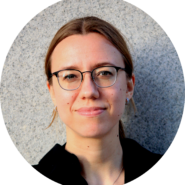