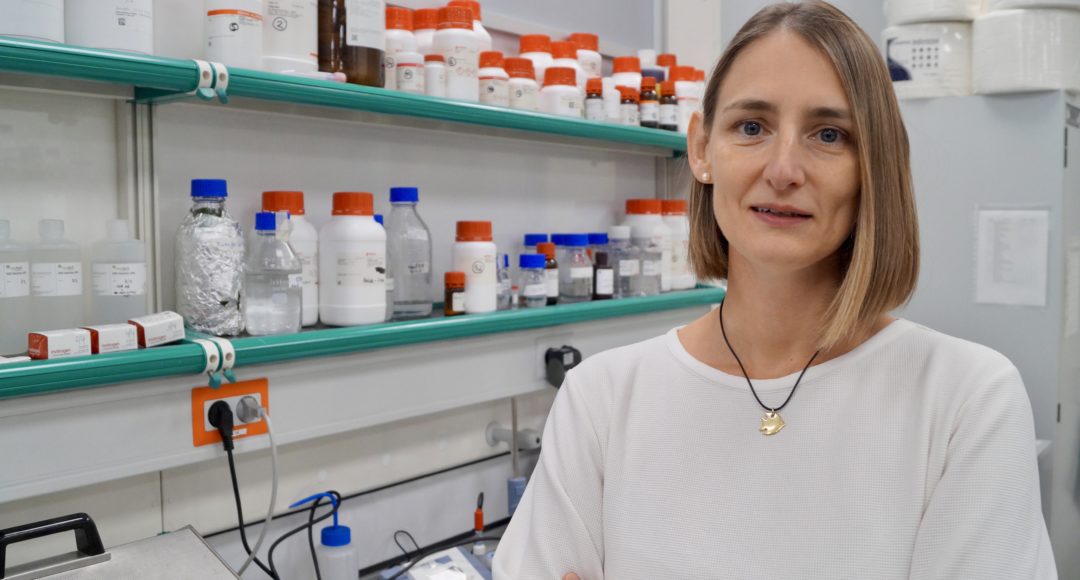 Artificial insemination by a female egg donation is banned in Germany. For Rita Vassena and her team in Barcelona, it is routine. Many German women come to her clinic looking for help, women who are otherwise not able to become mothers.

She explains it like she always does, with a smile and plain language: from 35 years old on, a woman’s fertility falls rapidly. From the age of 40, it is nearly impossible to become pregnant through natural means. This is scientifically-proven knowledge that has not changed in decades. Arguably, it is something that everyone should more or less know. Nonetheless, a rising number of couples continue to come year after year to Clínica Eugin­ – Rita Vassena’s fertility clinic in Barcelona. Most of her clients are over 40 and most are foreigners. It is often the case that an egg donation is the only option, and the market is booming. “Unfortunately, our biology doesn’t fit with the modern world. Age is quite often the only problem. If that same couple had tried to have a child five or ten years earlier, it would have worked without any problem,” explains Vassena, and adds that even men misjudge their own fertility.

Barcelona is something like the Mecca of egg donation. Many German women travel there on their journey to becoming a mother. In Clínca Eugin alone, more than 3,500 women were treated with egg donation in 2017, making the clinic one of the largest in Europe. Since the founding of the clinic in 1999, the demand continues to steadily grow. Unlike Germany and most European countries, egg donation in Spain is legal. Not only is it legal, but clinics in Spain also have no problem finding donors. This is a sharp contrast to countries like France or in the United Kingdom where egg donation is completely legal, but where the national demand is not being met.

Donations need to be anonymous and for „altruistic motives“, or without self-interest. In addition, the donor must be healthy, between 18 and 35 years old and free of hereditary diseases. The look and genetic code of the donor must be „as similar as possible“ to that of the recipient of the egg. The Catalan Bioethics Commission also recommends a compensation of around 1,000 euro, which is what the clinics adhere to.

Rita Vassena describes the guidelines as „very clear and fair“. She is the scientific director of Clínica Eugin and is responsible for everything that happens in the laboratory. „The Spanish law specifies exactly which criteria we have to use to find an appropriate donor: not on the basis of beauty, intelligence or what they studied, only genetically fitting.“ In addition, there is a state-controlled system to inhibit the trade in gametes, or sex cells.

The motivation of donors varies a lot. For example, Saray is a nurse who decided at the age of 28 to become an egg donor, partially out of curiosity and partially out of willingness to help. “The main reason above all else is because my two children are everything to me,” says Saray. “They are the most beautiful experience of my life and this is what I want to share with someone who maybe needs one of my eggs to experience this.”

Every adult of childbearing age can receive an egg donation in Spain. The law explicitly states that sexual orientation and marital status play no role. This means that a single person or lesbian couples can also receive a donation – which can be either eggs or sperm. In this way, Spain makes the wish of having children possible for women from all over the world. Clínica Eugin currently treats clients from 78 nations. In 2017 alone, 150 German women received egg donations, and this is just one of many fertility clinics. Private clinics often offer their customers a complete package which can include travel arrangements and doctors who speak several languages, often including German.

The women or couples who receive the donated eggs pay between 5,000 and 10,000 euros and getting pregnant is not always a success on the first try. „The recipients of an egg donation have usually never been pregnant before and are already at an age where having children is very difficult. The pressure is very high in this stage,“ explains Rita Vassena. Some couples combine the stay in Barcelona with a vacation, others only come for a two-day minimum stay with outpatient treatment. All preparation and post-treatment can take place in the home country.

Rita Vassena is 45 years old and has two daughters. She is an organized and well-put together woman, characteristics that comes through in her scientific work as well as in her appearance. She has a keen eye, a quick step, and a fondness for contrasts and clear forms in her choice of clothes. She originally wanted to become a doctor specialized in horses and studied veterinary medicine: „But one day during the first year at the university, we discussed the anatomy of the ovaries. I fell in love with this little organ that produces hormones, eggs, and is the foundation for the next generation. So, I thought: forget the horses, I’ll focus on this!”

Rita Vassena would never have thought that she would eventually end up in Spain. She is Italian and studied in Canada and the United States. She is the only member of her whole Italian extended family to hold a doctorate. When she wanted to deepen her research on human embryonic stem cells, she quickly found that she had reached her legal limits working in the United States. A colleague brought her to Spain where the legal situation is more liberal. With this move, she has been researching artificial insemination in Barcelona for twelve years now. She says the reason is „because it is a very interesting scientific field and I’m curious. But it also bothers me as a woman because not so long ago, the most common cause of death among women was giving birth to a child. One in four women died at birth.”

One third of the donors are female students or unemployed

„Donate eggs, donate lives“; „Many women need you!“; „What you don’t give, is lost. Even your eggs.“ Private clinics in Barcelona advertise with such slogans to universities in order to reach young egg donors, for example. About one third of the donors are female students or unemployed, most have a permanent job, and just under half of donors are mothers themselves.

In the case of the donor Patricia, she admits openly that money was the primary motivation. By the age of 27, she has already donated four times to various clinics. At the time of the first donation, she had just lost her job as a beautician. For her to feel comfortable with the donation, full anonymity was especially important. „I am not anybody’s mother,“ says Patricia. „Whoever carries it for nine months is the recipient – the one who gives birth, who goes through the contractions, who will give the baby love, who nourishes and educates. That will be her, not me.“

For about two weeks, the donors will inject hormones in order to stimulate their ovaries. In the normal cycle of a woman, the egg will mature. With the hormonal treatment, the doctors hope for at least two or three mature eggs. In an operation with mild anesthesia, the eggs are aspirated from the donor. This does not take longer than 15 minutes. The eggs are then usually fertilized the same day and implanted in the recipient. In special cases only, eggs are frozen or used for research purposes.

The topic of fertility education

International congresses on artificial insemination regularly take place in Barcelona. ​​For such events, Rita Vassena calls on her colleagues to inform the public as much as they can. Their goal is to help school children understand just how short the window of time is to become parents naturally. She explains: „Your lifestyle makes no difference. It does not matter if you look young, if you do yoga, or if you eat well. These are all good things because they do not make matters worse, but it will not bring you back your lost fertility.“ This also applies to men. Some studies show that from the age of 40, the sperm quality decreases significantly resulting often in miscarriages or children with certain diseases such as diabetes.

Rita Vassena proudly oversees the current research projects in her lab. For her, the practice of artificial insemination in the clinic is one thing and the biological research surrounding it is another. She buzzes from one experimental setup to the next as she clarifies the details of her studies with her four doctorate students. One example of Rita Vassena’s research is that she hopes to gain new insights into why some embryos are rejected despite perfect fertilization.

Maybe the embryo just needs to speak the right „language“ to communicate with the uterus. Perhaps it could already be taught during artificial insemination. If this was indeed possible, the four percent of cases in which an embryo does not take could be further reduced. In the lab, they are not concerned with producing the genetically perfect baby with superpowers. The goal is rather to always improve the possibilities and to fulfill the wish for having a child – even if the fertility has already parted ways. 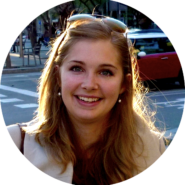 15. November 2019 Machismo in the hot seat
Emancipation in Spain

Christine MemmingerBarcelona
Spain is being hit with a “tsnuami of feminism” with its government having far more female state ministers than anywhere else in Europe. Despite this, the road to equality moves slowly with mothers being especially disadvantaged. END_OF_DOCUMENT_TOKEN_TO_BE_REPLACED 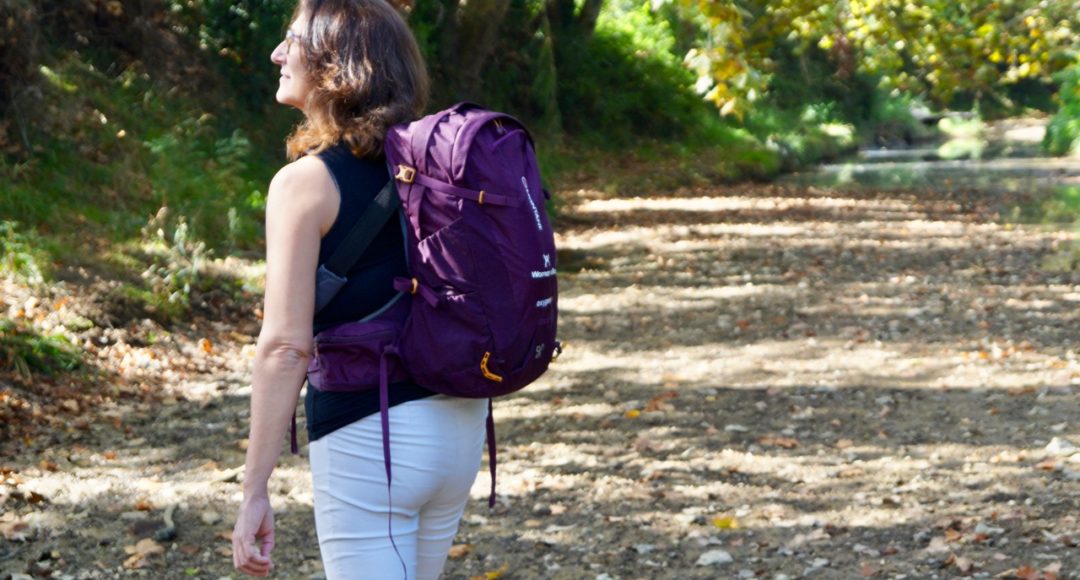