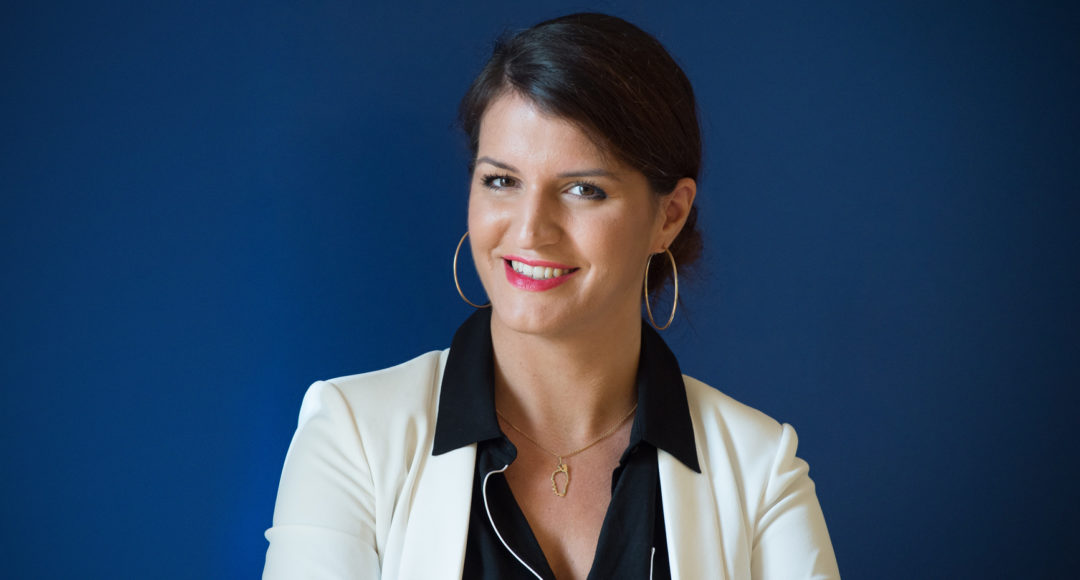 Marlène Schiappa is the secretary of state for equality, which on paper, makes her France’s highest-ranking feminist. Her main objective above all else is to fight against sexual harassment in public as well as improving the cohesiveness of family and career for women. These problems are near and dear to the 35-year-old who has experienced them herself.

France 2018 – just months after the rise of the #metoo movement, the topic of sexual assault against women is now omnipresent in public discourse with Marlène Schiappa as the political face of the debate. The 35-year-old has been the secretary of state for equality between men and women for about one year now. This makes her, at least officially, the highest-ranking feminist of the country. A role that apparently had been waiting for her.

In the last few months, there has hardly been a debate dealing with sexual harassment that Marlène Schiappa failed to react to. Back in 2017, when four Femen-Activists were sentenced a fine for showing off their bare upper bodies, Schiappa supported the organization by writing a public letter. Earlier that year in January, the country was taken by the discovery of a jogger who was murdered by her husband only a month before. Schiappa critized the lawyer of the accused in the case for “victim bashing”. The lawyer explained the crime in a way that the victim had an “overbearing personality”. No one likes too much meddling; party members remind the secretary of state that the government is not there to take action against any particular judicial procedure.

According to the French press, Marlène Schiappa is ”deaf to critique“ and plows forward without looking back. Her husband calls her “Bulldozer”. Her political mentor, the mayor of the city Le Mans describes her as being “full of temperament”. When she is confronted with this, she reacts with a shrug of the shoulders: “Yes, yes,” she says – as if to say yes, that is exactly who I am. Does being a feminist need such character traits? „I’ve never seen any historic advances in women’s rights made by someone who keeps saying, ‚God, maybe I’m not doing it right, maybe the others are right, maybe I’m asking too much.’”

Fighting against sexual harassment as a “key issue”

In her political project, Schiappa feels personally supported by the president. She defended him against the critiques of feminist groups. Emmanuel Macron had promised in the election campaign that he would appoint a ministry for women’s rights instead of just a secretary of state. Schiappa argued that as a secretary of state, she would achieve more because she was a direct subordinate to prime minister, Edouard Philippe. With such a high-ranking position, she could use his authority to influence other ministries.

Her most important project so far is the „Law Against Sexual and Sexist Violence“, which was passed in early August and has caused plenty of controversy. For the first time, this law implements an age restriction of 15 years old in regard to sex with minors. Originally, the secretary of state wanted every sexual relationship between a young adolescent and an adult to be considered as rape. However, due to constitutional concerns, this proposal has been changed. Now, such a relationship is punishable only under certain circumstances. This has been sharply criticized by many feminists and victim organizations. Schiappa also received death threats, claiming that she would legalize pedophilia. She has since been reporting the incidents.

There was more agreement in other aspects of the law in that it prohibits sexual harassment in public places. Anyone who insults, threatens, makes obscene gestures or persecutes someone on a public street can at least expect a fine. To date, this type of harassment has been considered unavoidable, Schiappa said. The question of how women can move freely has an influence on all other areas of life. She says, „I think that’s a key issue. Women cannot achieve equal rights in working life if they are sexually harassed at work or on the way there.“

As secretary of state, Schiappa devotes herself to practical problems. In doing so, she came into contact with feminist theorists early on. „I read Louise Michel and Rosa Luxemburg when I was young,“ she says. Her parents became acquainted with each other in a communist party, her father is a well-known leftist historian and her mother is a teacher. Discussions about politics and feminism were part of everyday family life, says Schiappa. She is the eldest of four half-siblings. However, she had deliberately become a feminist only when she first experienced how differently men and women were treated in public.

Schiappa spent most of her youth in Paris. She recalls her way of traveling as resembling a run through the gauntlet while her male classmates were able to move freely: „If I wanted to go anywhere, I had to dodge guys who tried to follow me, to talk to me, to insult me.“ Marlène Schiappa is a mother of two girls, six and eleven years old. Harassment by men on the street is already an issue for her eldest daughter. It’s high time that a government finally took care of it, she says and cites how often a statistic anticipates the demands in such conversations – eight out of ten French women would be afraid if they were traveling alone in the evening.

In her early 20s, she met another very evident problem that made her an unequivocal feminist – the difficult cohesiveness of family and work. After completing her studies in geography, communication and media, Schiappa worked as a young mother in an advertising agency at the age of 24 and stated: „It seemed that having children was a problem for women and not an issue for men.“ Even colleagues who had three or four children went on business trips and stayed out late into the evening, Schiappa says. However, for female colleagues who were mothers, at some point the moment would come when they would hit a barrier because of their children.

“Mom is working”: a blog about politics

At some point, Schiappa quit her job at the advertising agency to better take care of her daughter and became self-employed. Her problems still remained. In her social circles, she was the first to have children and therefore lacked a contact person for many practical questions. She had wondered how to find a place for childcare or how to prepare to work again after maternity leave, for example. Due to the lack of information, Schiappa decided to found a blog in 2008 which should answer exactly these questions: „Maman travaille“, which translates to „Mom is working.“

„I wanted to connect with other mothers who had the same problems in order to talk and lobby,“ says the current secretary of state. She apparently hit a nerve. The site quickly reached several thousand visitors a day. Schiappa published several guides and established itself as an expert. The blog became an organization that now organizes conferences on the subject and gives advice to government bodies on gender issues.

„Maman travaille“ paved the way for Schiappa into politics. In 2014, she lived in Le Mans, north-west France. The mayor of the city, Jean-Claude Boulard took notice of her. „I appreciated her concrete suggestions, especially with regard to childcare,“ he says. Until 2017, Schiappa worked full-time as a local politician in Le Mans and dealt with issues of equal rights amongst other things. In 2016, she joined Macron’s party which is today known as „La Republique En Marche“ (LREM). She took the demands of „Maman travaille“ into her current office, says Schiappa. Today, the government is investigating how paternity leave can be prolonged which is currently up to eleven days after the birth of a child. Additionally, maternity protection for those who are self-employed should be improved.

Schiappa attaches great importance to making it where she is today on her own. „I did not have a network. I grew up in a neighborhood with subsidized housing and graduated from taking night classes.“ The 35-year-old is the author of over a dozen guides, nonfiction books and novels. Her newest, “Si souvent éloignée de vous“ (So often away from you) has just been released. In it is a collection of letters to her daughters explaining why she works so much. „My motivation is to change the world around me,“ she explains. In concrete terms, this means making sure that as a woman, you have the same freedom and the same treatment as a man.

Even as a politician, she experiences a double standard. For example, when a member of parliament makes hints about her supposedly permissive sex life. Nevertheless, Schiappa believes that in principle, France is ready to elect a female president for the first time, provided that the parties themselves dare to nominate a woman as a candidate. So far, even Macron’s party occupied the most important offices – such as the head of government, party leader or government spokesman – exclusively with men. However, despite her ambition and assertiveness, she herself has no interest in the highest office in the state: „There are many areas in which I am very competent, but there are also issues in which I do not know anything about. Especially in defense policy, which is part of the role as President.“ A typical example of feminine understatement? No, really not, rejects Schiappa, „I’m really accused of a lot, but modesty is certainly not one of them.“ 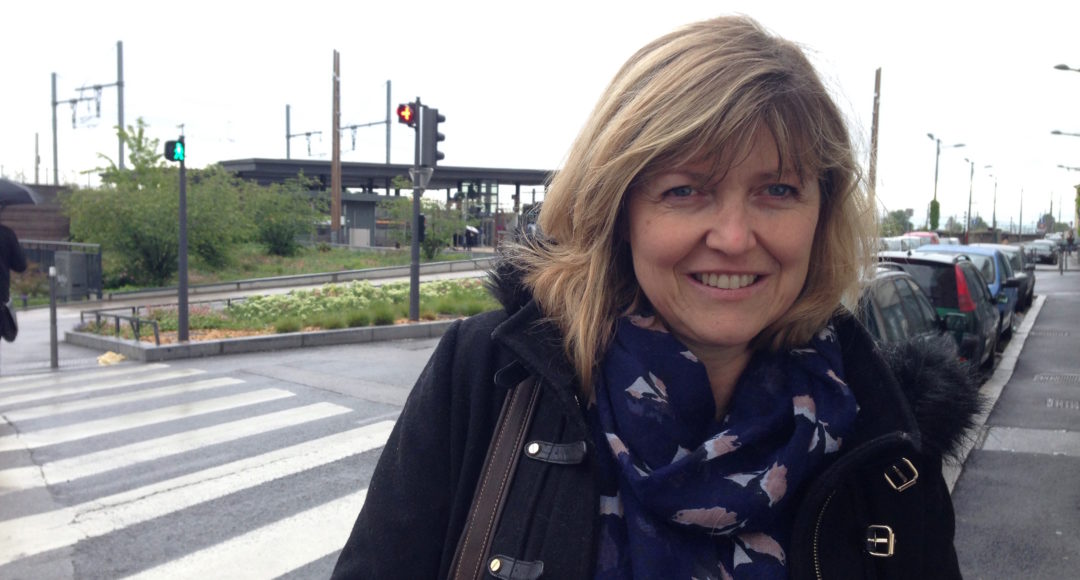 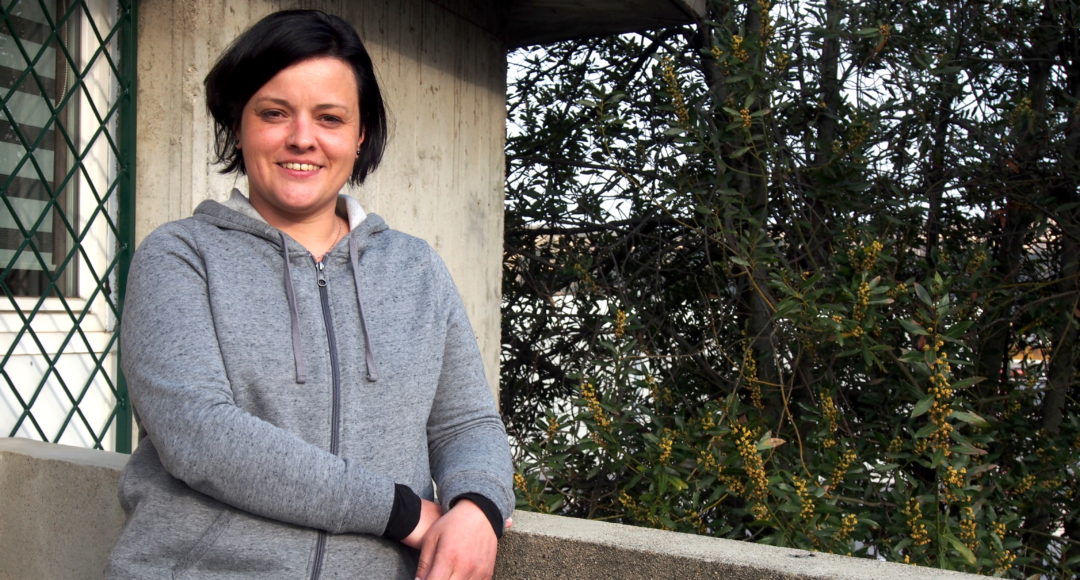