Between Oppression and Freedom
Women in Saudi Arabia 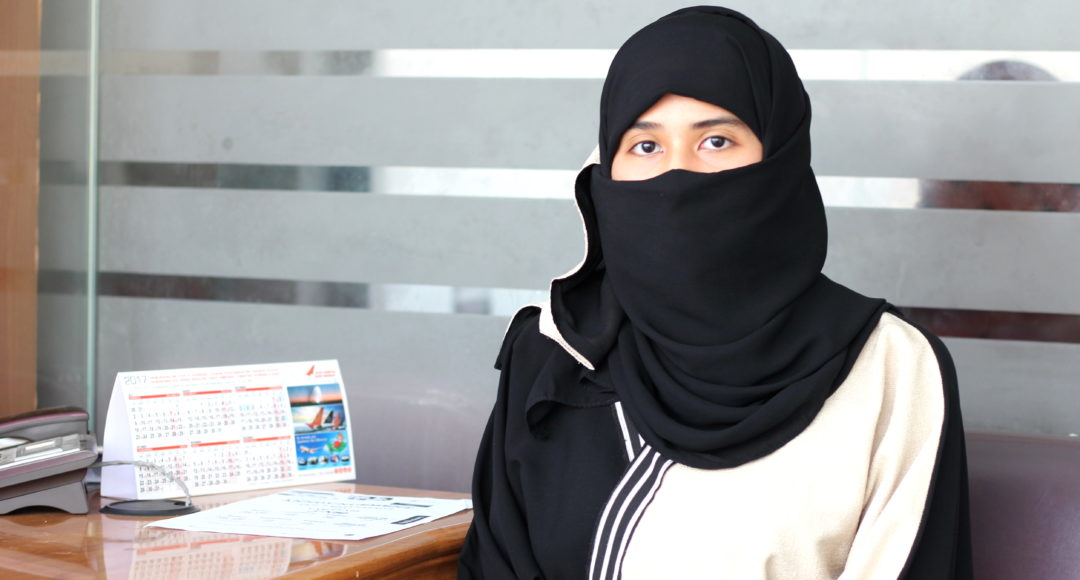 Maram Alharbi is glad about her new job in the medical center of the Saudi port of Jeddah. Photos: Virginia Kirst

Women in Saudi Arabia will be granted more rights in the future. The sudden change of rhetoric of crown prince Mohammed Bin Salman is driven by economic interests, but this is of little importance to women. They are happy to have more freedoms, and the startup “Glowork” is ready to help them.

Maram Alharbi sits with perfect posture in a dark armchair. The room is adjacent to the lobby entrance of the “My Care Clinic”. She has been working at the health center in the Saudi Arabian port city of Jeddah for three months now – the first job in her entire life. The building is located on a street that is just as dusty and riddled with parked cars as the rest of the inner-city. Inside, an air conditioning system keeps the room at a bearable temperature. The 24-year-old works on her tasks at the reception of organizing patient records, booking appointments, and writing invoices.

“I handle everything that has to do with money,” she explains and her eyes sparkle. Alharbi is completely covered in an abaya, a traditional, full-length robe for women in Saudi Arabia. This type of abaya has two colors: the right half is black and the left half white with a knotted belt just above the waistline to hold it all together. It resembles a Japanese kimono. Like the majority of women in the country, she wears a veil over her face with only a triangular opening revealing her eyes. Her eyes have a subtle touch of make-up and her eyebrows have been carefully plucked.

Even though it is no longer compulsory to wear a veil that covers the face and hair, many women still do. For Europeans, the full-covering veil comes across as strange. For Saudi women however, it’s routine and nothing out of the ordinary. This same implicitness for wearing the abaya also goes for wearing fashionable garments underneath it that wisp into view every now and then.

“It only took four days from filling out the application to getting hired,” the 24-year-old says excitedly, as if she can’t believe her own luck. She is taking a year off from her bachelor studies in accounting in order to earn money for her family. She says that the desire to start working was her own idea “to meet new people and to learn new things. I want to be able to look into the future with confidence,” the young woman says.

The company that helped Maram Alharbi find work is called “Glowork”. The startup was founded in 2011 by Khalid Al-Khudair in the capital Riyadh with the explicit goal of making the first steps into work life easier for women. Women are considered more motivated than Saudi men and are at least as well-educated. According to the latest figures from 2016, roughly 106,000 women and 98,000 men graduated from university in Saudi Arabia. The startup receives a commission of 172 euros from the government for every woman they find a work position for and another 430 euros when the employment contract reaches one year.

Maram Alharbi found out about “Glowork” through an advertisement on the social media network Snapchat. She sent in her application by e-mail. Smart phones and internet play a fundamental role in Saudi Arabia. According to the NGO “Freedom House”, 74 percent of the population is connected to the internet, which is around 16 percent less than in Germany. In Italy, however, only 61 percent of the population has access to the internet. 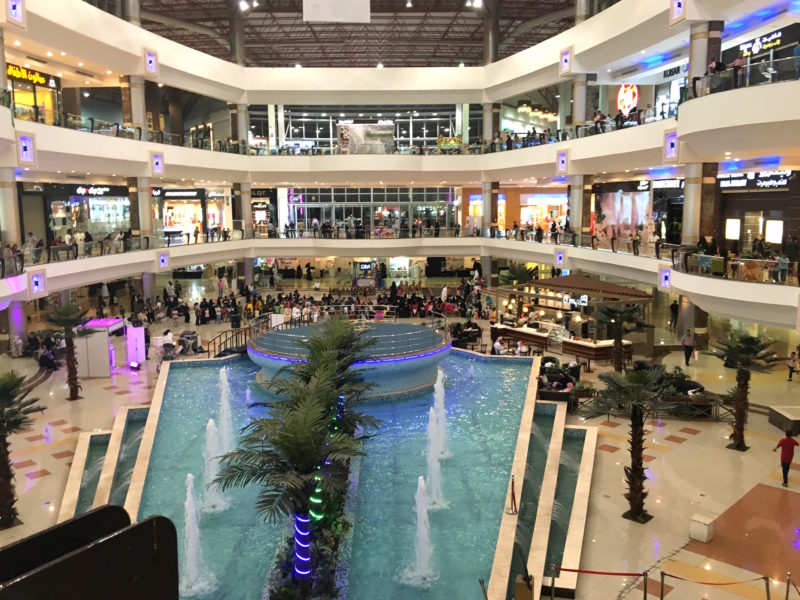 In shopping centers like this one in Jeddah, you see more and more female shop assistants and customers.

Some online sites are partially censored due to religious purposes; but unlike China, for example, sites like Twitter, Facebook and Snapchat are accessible to the population. In the major cities like Riyadh in the country’s center, and in the liberal port city Jeddah, people are just as engrossed in their phones even more so than in other city like Berlin or New York – a selfie here, a voice message there.

Women working in private companies was unfathomable just a few years ago. There were only a few sectors where women were even allowed to work, for example special government departments, doctors for other women, and teachers for young children. Only within the last decade did the Saudi royal family begin to loosen the strict and religious laws pertaining to women.

In the beginning, only big, international companies were able to hire women. It was easier for them to handle the financial burdens because the female and male workforce needed to be separate from one another at the time. Nowadays, the regulations are not as strict.

Loosening the laws is economically motivated

Approximately five years ago there was a breakthrough. Since then, women have been allowed to work in more sectors, such as sales. Sales positions particularly made it also possible for women to shop and enter shopping malls without male guardians – an opportunity that is being extensively used. The position where Maram Alharbi works has only been available to women since the easing of the laws five years ago. “I always knew that I wanted to work. I’m happy that I can now work in a sector that I can choose myself.”

With her story, Maram Alharbi exemplifies a young generation of Saudi Arabian women who have made the entry into the labor market in recent years. In 2012, only 46,000 Saudi Arabian women were working in the private sector. In 2017, the number increased to 600,000. Many of them belong to the country’s 70% largest population group of people under the age of 35. Despite the prevailing image of oppression from the state, religion, and men on the female population of Saudi Arabia in denying them of an independent future, Saudi Arabian women have their own approach. With every new right their society concedes to them, they seize it for themselves without hesitation. 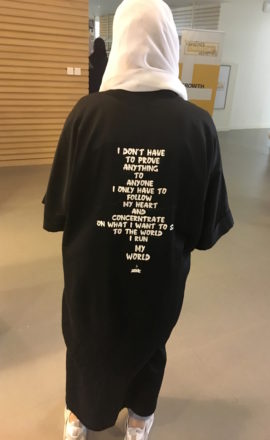 The easing of strict, societal norms stems from two factors. Firstly, crown prince Mohammed Bin Salman is gradually easing the stringent laws to prevent protests in his own country. This is in relation to the events surrounding and following the Arab Spring seven years ago – events which led to regime change in many countries in the region. In recent news, the royal family allowed its people access to public cinemas and concerts. Women, too, have received new rights bit by bit: they no longer need permission from their male guardian to travel abroad, they are allowed to visit sports stadiums, and drive their own cars starting end of June.

At the same time, recent reports showed that women who were campaigning for more rights were arrested on flimsy charges. The arrests indicate that despite the moves toward reform, the royal family continues to make concessions to the country’s religious leaders. Moreover, the country does not appear to be changing due to activism led by women; instead, reforms should be perceived as being carried out solely as a decision of the state leadership.

Secondly, an even more important factor is that Saudi Arabia can no longer afford that half of its population does not work and is being provided by the state through state funds. This is due to the fact that every job-seeking Saudi, regardless of being male or female, is supported every year with the equivalent of 5,000 euros. The sum is issued even though the economy is in its worst state of crisis since the founding of the country.

Since the kingdom is completely dependent on its oil exports, the low oil price is making the state treasury precarious. This has caused a fifty percent cut in the country’s revenue in recent years. In this regard, the royal family has been working extensively on strengthening the economy to reduce dependence on oil and free up the state treasury. One of the measures is to increase the proportion of working women from the current 22 to 30 percent.

“Glowork” founder Al-Khudair is thrilled about the growth opportunities. “The amount of new positions for women created by the new laws is immense. Jobs from the automobile industry and the police force, to jobs as mechanics. All these industries are now open for women,” he says in an interview with the newspaper “Arab News”. Saudi women have the potential to be “amazing business women” and are “very tough and good about getting things done”.

Up until this point, the Riyadh-based company has helped 36,000 women find a new job. Most of the available positions are coming from smaller companies that have never had female employees and therefore have no experience in the recruitment process. By working with “Glowork”, they are able to save costs by outsourcing the search for new personnel. This includes processes such as job interviews and placement fees – fees the state ultimately pays. 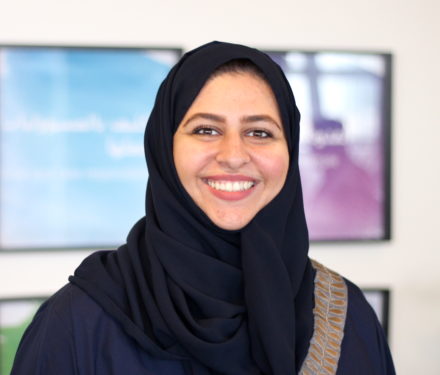 In larger, international corporations, women and men have been working side by side for some time. Saraa Kamal has worked roughly eight years in Jeddah and remembers how the start of the transition was not so easy: “It was especially difficult for men to get used to, because we women were ambitious and more determined.” The 30-year-old is wearing a dark blue abaya with bright yellow IKEA-lettering on the right sleeve. Her black headscarf is loosely thrown over her head and her entire face can be seen. There is a sense of pride as she talks about starting her career at Siemens in Jeddah.

She worked there for five years and in May 2015, she changed directions and began working in human resource development at IKEA. She feels good about working at the furniture retail company. Here, there seems to be no more issues with men and women working together. Employees have been working side by side for years now and have gotten used to it. In fact, one of the store’s branches is managed by a woman, albeit a Swede. The stated goal of the furniture corporation is, however, to let Saudi women take over these positions by continuing to specifically develop the integration of female employees and strengthen their skills. „That really motivates me,“ says Saraa Kamal.

Maram Alharbi would also like to develop her career and look for a better position after she has finished studying. She is certain that her family will continue to support her in this endeavor. Her husband thinks it is good that she is working, and “my parents really pushed me to take the job”. Childcare is also supported by her family. At seven in the morning, when the young woman goes to work, her in-laws take care of her son. Later in the day, her husband picks him up as soon as he finishes work and at four in the afternoon, when Alharbi’s shift ends, she takes over.

In the end, Alharbi talks about her dream: “One day I would like to have my own company.” What kind of company? “Whatever the demand on the market is at that time. What is important is that it is mine,” she says. It is good that the reform package of crown prince Mohammed Bin Salman also includes long-term legal improvements for women. Now they are allowed to sign contracts themselves and found their own companies. Before, a male guardian had to be present in putting his signature down on official documents. It seems as if these times are now over. 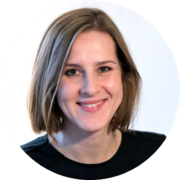